The events are only for youth (13 to 29) and their chaperones.

Due to the Covid-19 pandemic, the 2020 march was entirely virtual featuring pro-life movie nights on our YouTube Channel, an online candlelight vigil, online religious services, and a special ‘Be Not Afraid” television program on EWTN, followed by a LIVE Virtual Rally and March.

For 2021, we are planning a ‘hybrid’ event with an in-person Rally and March for Life in Ottawa + a full program of virtual events, including the Annual Youth Conference. Campaign Life Coalition Youth and Niagara Region Right to Life are proud to present I Am With You: The 2021 National March for Life Youth Conference, taking place online from 3-8 PM EDT on Friday, May 14. To join, please fill out the registration form below and click on the link that will be emailed to you by the day of the event. We are offering this conference free of charge for young people. However, if you are in a position to make a donation to Niagara Region Right to Life, so that it can continue providing youth high-quality educational programming on the sanctity of life, please do so here.

Toni is an international pro-life speaker and the founder of the program Relationships Matter. Toni shares her abortion story of regret with transparency while leaving her listeners with hope. Toni is the Minority Outreach and Healthy Relationships Director for Students for Life of America.

Toni has spoken alongside pro-life advocates Stephanie Gray and Star Parker on a debate panel in Mexico. She also presented alongside Alveda King (Dr. Martin Luther King Jr.’s niece) at the first National Pro-Life Summit after the 47th annual March for Life.

Toni holds a bachelor’s degree from West Chester University and her master’s degree in Biblical Counseling from Summit University. She was the former Relationship Educator and Director of Relationship Education Program in the greater Philadelphia area for 6 years and has shared this program internationally in Africa and Israel.

Toni has been married to her wonderful husband Kris McFadden for 11 years and they have 4 beautiful children. She loves helping people see their worth and giving them hope through her own story, being an advocate for the unborn, being a stay-at-home mom, and spending time with her family.

Joseph is Senior Fellow for Biblical Worldview and Strategic Engagement at Family Research Council. He combines extensive legal, political, and policy experience with a love for the way biblical truth cultivates human flourishing.

Previously, Mr. Backholm served as legal counsel and Director of What Would You Say? at the Colson Center for Christian Worldview where he developed and launched a growing platform that creates short, animated videos answering common questions about faith and culture. His YouTube career began as a self-identified “6’5 Chinese Woman” in a series of YouTube videos exploring the logic of gender identity.

He served as a legislative attorney for three years and spent 10 years as the President and General Counsel of the Family Policy Institute of Washington in Washington State where he managed educational, legislative, and electoral operations on behalf of life, marriage, religious freedom, and parental rights. He led three ballot initiatives on marriage and gender privacy.

He is a Washington State native who loves travel, sports, and whatever his kids are into. Joseph received his Bachelor’s degree from the University of Washington and his law degree from Seattle University. He and his wife Brook have four children.

Jay is the Founder and President of Merely Human Ministries, INC., an organization committed to equipping Christians and people who hold pro-life views to graciously defend the intrinsic dignity of all human life in a positive, impacting and Gospel inspired manner.

He has spoken to high schools, universities, and professional organizations all across the United States. He has been an invited speaker to dozens of university groups including at Harvard, UNC – Chapel Hill, NC State, and University of Illinois to name only a few. He has appeared on radio and television interviews, regularly featured as the keynote at banquets and national conferences, published popular level articles on a wide array of topics pertaining to bioethics and the university culture, and is a contributing writer to Christian Research Journal.

He lives in Marietta, GA with his wife and three children.

Will Witt is a media personality for PragerU, a digital company that puts out short videos on the most important topics of the day. Will creates digital content and travels across the country to speak about the issues that matter to him most. His videos have received over 600 million views and impacted thousands of people, and he is a leading voice in the younger conservative movement. He lives in Los Angeles, California where he works to promote the values of Americanism and freedom.

Josie Luetke serves as the Youth Coordinator for Campaign Life Coalition and as a member of the National March for Life and Life Chain Canada organizing committees. She is also a monthly columnist for The Interim, Canada’s life and family newspaper. She has an Honours Bachelor of Arts degree in Philosophy, and minors in Political Science and Catholic Studies from the University of Waterloo. She currently resides in Oakville, Ontario.

Mattea Merta is the Global Policy and Advocacy Advisor and United Nations representative with Campaign Life Coalition. Her work appears in The Post Millennial, True North, Przyjaciel Rodziny, and Rebel News. Previously, Mattea has worked for a Member of Parliament in Canada’s House of Commons and a provincial Cabinet Member in Saskatchewan. 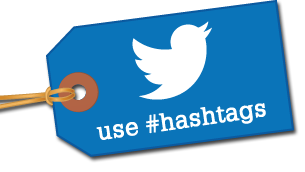